Sonic Legacy #4 is the fourth issue of the Sonic Legacy comic series produced by Sonic Paradox.

The mastermind behind the robot invasion has revealed himself at last, and he’s ready to confront our heroes in “Hard Scrambled!” Sonic and Tempest have finally tracked down the nefarious Dr. Eggman in his base of operations, the Scrap Brain Zone. They’ve survived killer robots, molten ruins and sunken caverns, but can they stand up to a living city that is specifically built to take them down?

Sonic and Tempest fight their way through Scrap Brain, Eggman's foundry on top of South Islands highest peak. They're having an especially difficult, as the traps and machines seem to be specifically tuned to their movements. Dr. Eggman is watching all the while, describing how every battle so far has been compiled into data and programmed into Scrap Brain.

With no obvious way out, Sonic can't fight loose as he usually does, and lures Tempest to an elevator to get her out of harms way, but only manages to send her deeper into enemy territory, and right into the hands of Eggman's right-hand minion, Omelette.

With Tempest captured, Eggman contacts Sonic, with both of them taunting eachother before revealing he has Tempest within his clutches. Vowing to rescue her, Sonic travels further into the Scrap Brain. Eggman and Omelette prepare a trap for Sonic, ominously leaving the latter behind with Tempest.

Sonic confronts Eggman near the center of the Scrap Brain, only for Eggman to reveal he set up a trap for Sonic; exploding bombs, sending him back deep into the island.

A lack of starlight will certainly blind you... or blow you up. 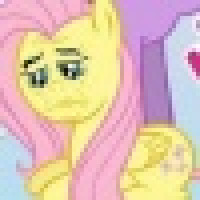 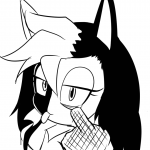 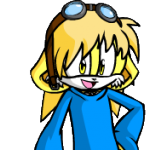